NSoA Membership Events elect a new leadership team The national society of apprentices went on the road in September. Starting on Monday the 8th in Liverpool, stopping off in Doncaster, Birmingham and Bristol before finishing in London on Friday the 12th over 80 people attended our first regional membership events. We heard about some excellent […]

“Its a struggle to get to work” In March a group of apprentices in Wales were talking about the cost of travel. They were worried that apprentices they knew were spending a significant amount of their income on getting to and from work but weren’t sure this was happening everywhere. In June and July over […] 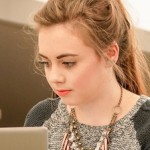 Last week, the newly formed National Society of Apprentices (NSoAS) joined to celebrate Scottish Apprenticeship Week 2014. As part of a series of events held to mark the week, representatives of NSoAS met with apprentices at Edinburgh College to learn more about their experiences. The number of people getting involved in work-based learning is increasing, […]