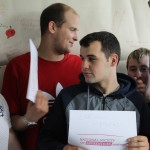 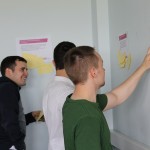 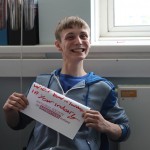 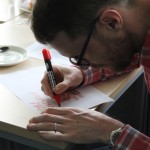 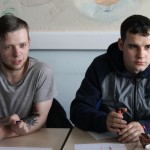 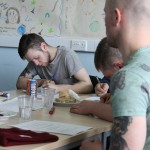 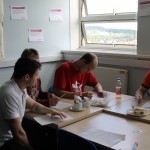 Last week, the newly formed National Society of Apprentices (NSoAS) joined to celebrate Scottish Apprenticeship Week 2014. As part of a series of events held to mark the week, representatives of NSoAS met with apprentices at Edinburgh College to learn more about their experiences.

The number of people getting involved in work-based learning is increasing, with over 25,000 new Modern Apprenticeship starts in Scotland this year. Thanks to this surge in numbers, training providers, colleges and the Government are all talking about the future of apprenticeships.

Yet, little has been heard from apprentices themselves. This is why, on 21 May, NSoAS met with a group of car mechanics apprentices at Edinburgh College Students’ Association, to find out how they would improve their training.

The conversation was reflective of the views of apprentices throughout the country – dissatisfaction with the perceived low value placed on apprenticeships and the lack of representation structures which would give apprentices a voice in how to improve them.

The apprentice route can offer many opportunities not available to those studying in a more traditional classroom setting, such as developing hands-on skills and knowledge, industry links and direct workplace experience in their field.

“If you’re one of the bad boys at school, you get put into an apprenticeship. If you’re getting good grades, they just tell you to go to university,” said 21-year old David.

This means, that when considering what to do after secondary school, most young people don’t receive enough information about the apprentice route.

Many also struggle with the low levels of wages they earn from working as an apprentice. The national minimum wage for apprentices is just £2.68 an hour, and there are reports of apprentices being paid even less.

Alex, 19, said: “I once got offered an apprentice position which required me to work full days Monday to Saturday, but paid only 60 quid a week”.

He added that apprentices lacked decent equipment at colleges to train with, and colleges and training providers often lacked knowledge of new technologies. Many apprentices saw their time at college as wasted, preferring their time they spend in the workplace.

“At work, I just learn by doing,” Alex said. “I get told to get on with the job, and to ask if I don’t know how to do something.”

Building a voice for apprentices

At the moment, apprentices have no real opportunities to improve their education. Although most students going through the ‘traditional’ education system at college or university are able to give feedback through their class representative system, similar structures do not exist for apprentices.

At the apprenticeship event in Edinburgh, none of those taking part had a class representative, or had been asked for feedback on the teaching they received.

The NSoAS has been set up address this lack of representation. The society aims represent apprentices nationally and enable apprentices to become part of the wider conversation about their apprentice experience. Apprentices should be able to influence the way their training is developed and carried out.

Cameron, 22, said, “(The college) wouldn’t ask us for feedback on these things, because it’s their way or no way.”

We think it’s about time for the voice of apprentices to be heard.

Find out more about the National Society of Apprentices (NSoAS).